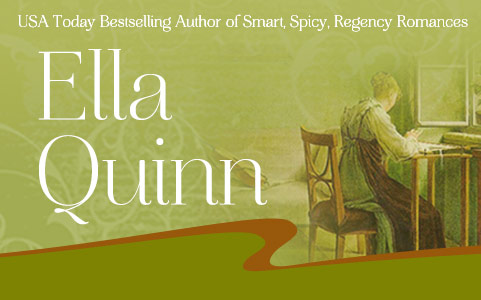 The Seduction of Lady Phoebe 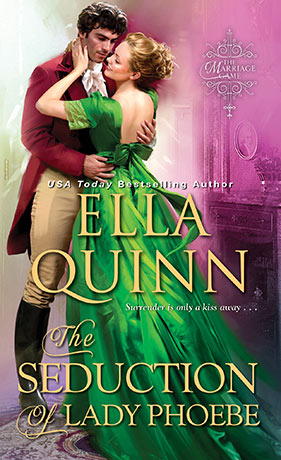 Book #1 of The Marriage Game Series

LADY PHOEBE STANHOPE, famous for her quick wits, fast horses, and punishing right hook, is afraid of nothing but falling in love. Fleeing a matchmaking attempt with the only man she despises, Phoebe meets a handsome blue-eyed stranger who sends her senses skittering. By the time Phoebe discovers the seductive stranger is the same arrogant troll she sent packing eight years ago, she is halfway to falling in love with him.

LORD MARCUS FINLEY last saw Phoebe striding regally away, as he lay on the floor with a bruised jaw and a rapidly swelling eye. Recently returned from the West Indies, Marcus is determined to earn Phoebe’s love, preferably before she discovers who he is. Determined to have Phoebe for his own, Marcus begins his campaign to gain her forgiveness and seduce her into marriage.

Can Phoebe learn to trust her own heart and Marcus? Or is she destined to remain alone?

"Lady Phoebe is a heroine Georgette Heyer would adore–plucky, pretty, and well worth the devotion of the dashing Lord Marcus. A marvelous find for Regency romance readers."

"Ella Quinn’s The Seduction of Lady Phoebe is a passionate tale full of humor, romance, and poignancy. Quinn writes classic Regency romance at its best!"

“Kissing Lady Phoebe Stanhope was the best and worst thing a young, impressionable Lord Marcus Finley would ever do. He had always loved her and one kiss would seal the deal and make her run away with him, yet Phoebe said no and promptly broke his nose.

Marcus never lost one moment of his longing for Phoebe even during his days and nights repairing his reputation in the West Indies. Upon his return, he seeks her out to explain with a full heart his hopes of wooing her into his arms again. The convincing is heartfelt and the words rough but sincere and eventually break down the wall Phoebe built up against his affection.

Phoebe makes Marcus earn every kiss they share, and embrace he longs for knowing that she too was in love. But another man has made Phoebe his obsession and without regard for anyone else spends every moment trying to steal her away from her family and Marcus. The closer she gets to happiness the more intense her stalker becomes and the danger is right outside the gate.

Marcus and Phoebe are determined to make a life past the sorrow and pain while never forgetting that they truly did marry for love.”

“This is Ella Quinn’s debut novel, and it really made me chuckle all the way through!

We meet our heroine Phoebe when she’s only an impressionable fifteen, and from that first meeting a reader as well as our hero Marcus, are impressed by her maturity and spunk. No wonder Marcus could never forget her!

I was also impressed with Ms. Quinn’s development of the both major and minor characters, well-developed plot and a villain we could all hate, as well as the pace of the story. I liked that she took the time in developing this sweet romance between Phoebe and Marcus.

If you’re looking for a mix of a traditional and modern Regency story, this will be a perfect read for you. This story was a mix of Carla Kelly and Kieran Kramer, a mix of prim and proper with a dash of fun and witty dialogue. I’m so glad to have discovered another little gem!”